In 2014, sailing back from the Philippines to Hong Kong, we were sucked into a lightening storm. We were on the open sea, defenseless in a boat that suddenly seemed very small. Bolts of lightening as thick as an oak plunged from sky to sea; the night became day for seconds at a time. And I was at the helm of a glorified lightening conductor. For the only time in my life, I thought: “This is it.”

It wasn’t. The thought that followed was that, if this was it, I was going to go down as a sailor. We punched through the storm and made it home unscathed. But the experience brought to mind the Buddhist aphorism that life is short and the time to death uncertain: whatever time one has, use it well. And, as a result, all of those projects I’d been putting off took on a new urgency.

The foremost and most conscious of those was writing. But another crept up on me: mountains. At the time, I was spending a lot of time in Tehran, which is situated on the lower slopes of a mountain called Tochal. I’d stumbled across the access path on my first visit. On a second recce, I made it as far as the Shirpala hut, at about 2,600m (Tehran rises from about 800m in the south to about 1,300m in the north, whence the jump off point). On the third attempt, I summited at 3,900m. I’d met friendly (most people everywhere are) people on the way, and I had the immense satisfaction of finding my own way up.

It was also a week before I could walk without pain.

So, having got the bug, when I and the owner of that boat decided to go trekking in the Himalaya, I decided that I didn’t want to be one of the many who, when asked if they enjoyed it, reply “I’m glad I did it…” as they hobble along. I trained like mad.

It paid off. We spent eight days trekking in Sagarmatha National Park, and not an ache or a strain to show for it. Here, courtesy of my fellow trekker’s photographic talent, are some shots.

This is the mountain from a distance, on the way up: 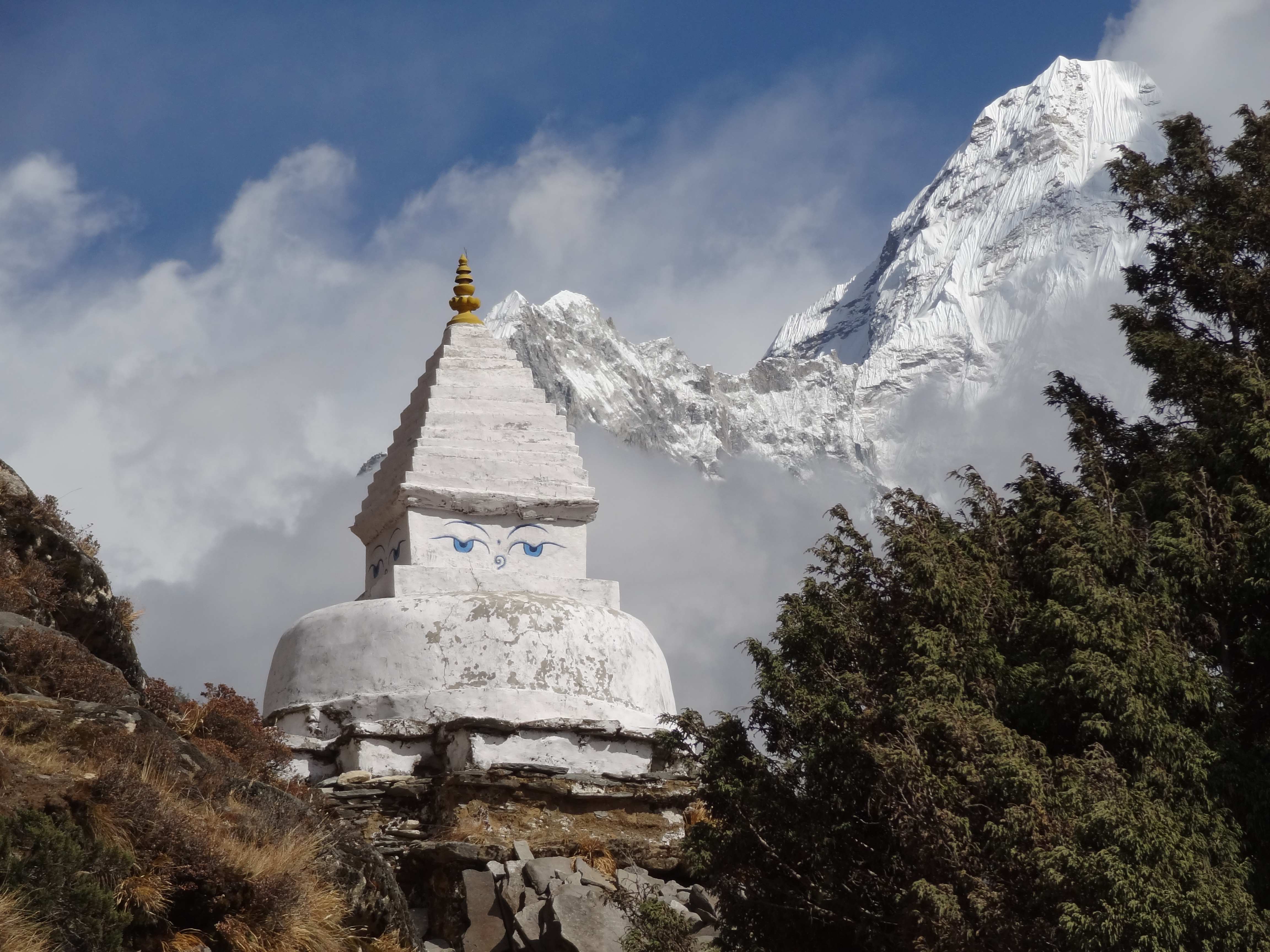 And this is what it looked like when we got to base camp: 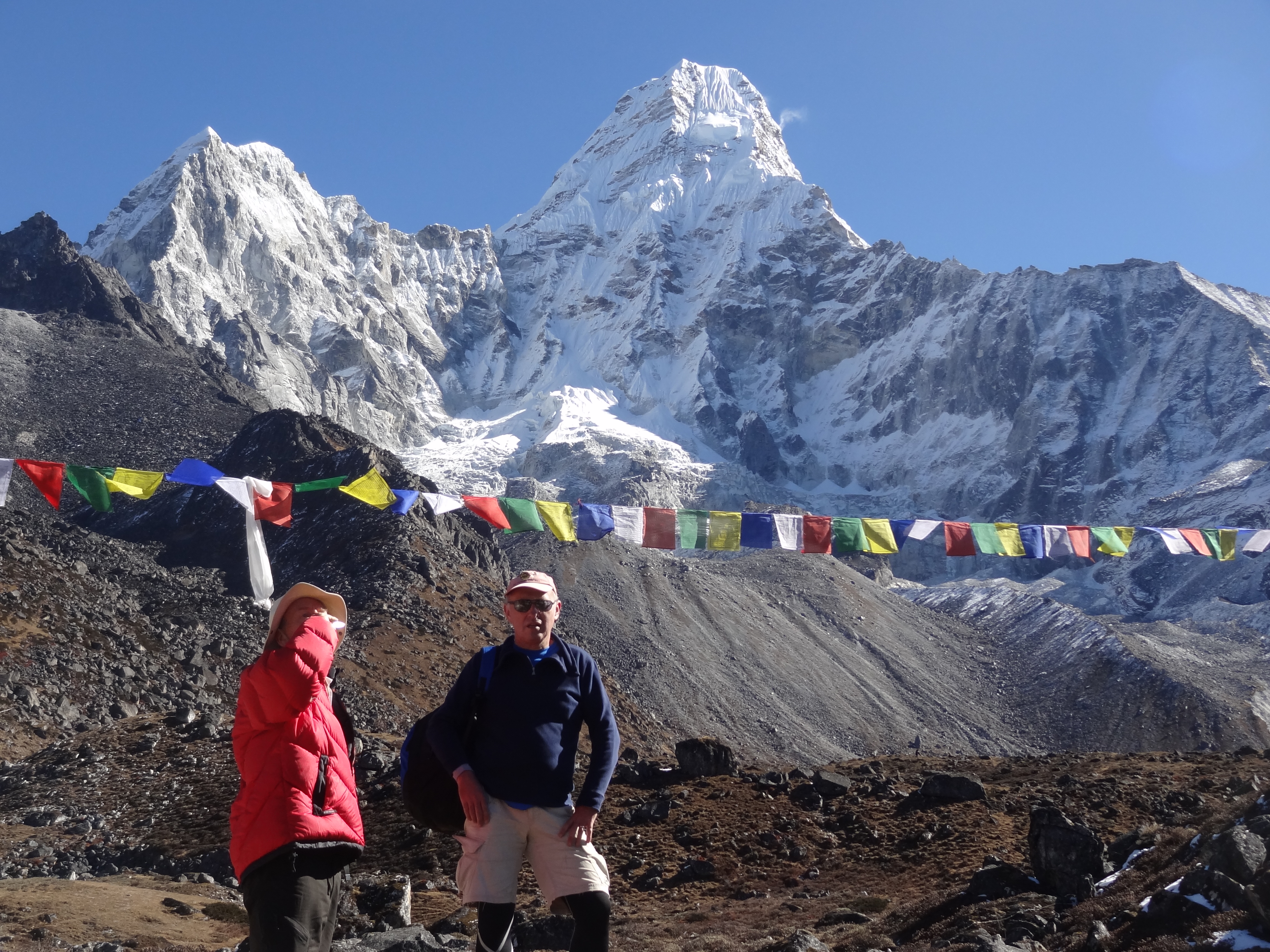 That’s a whisky flask in my mouth, my trekking companion (also on the yacht), and was taken from the base camp (4,600m, though we went a little higher).

Ama means “mother” and “Dablan,” necklace, and here’s a photo that shows why: 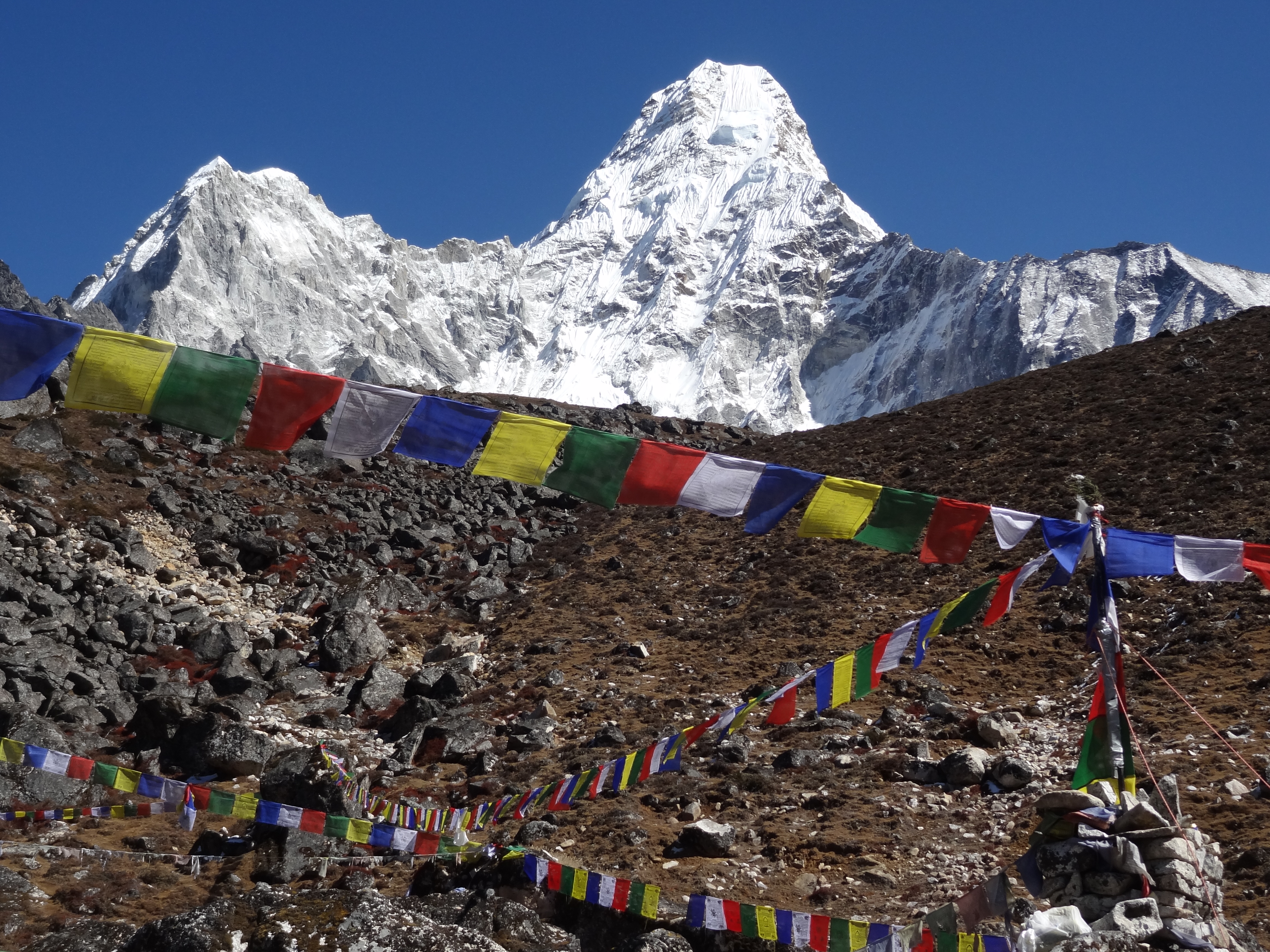 Here’s Lhotse, with Sagarmatha (Everest) peeping out at the back: 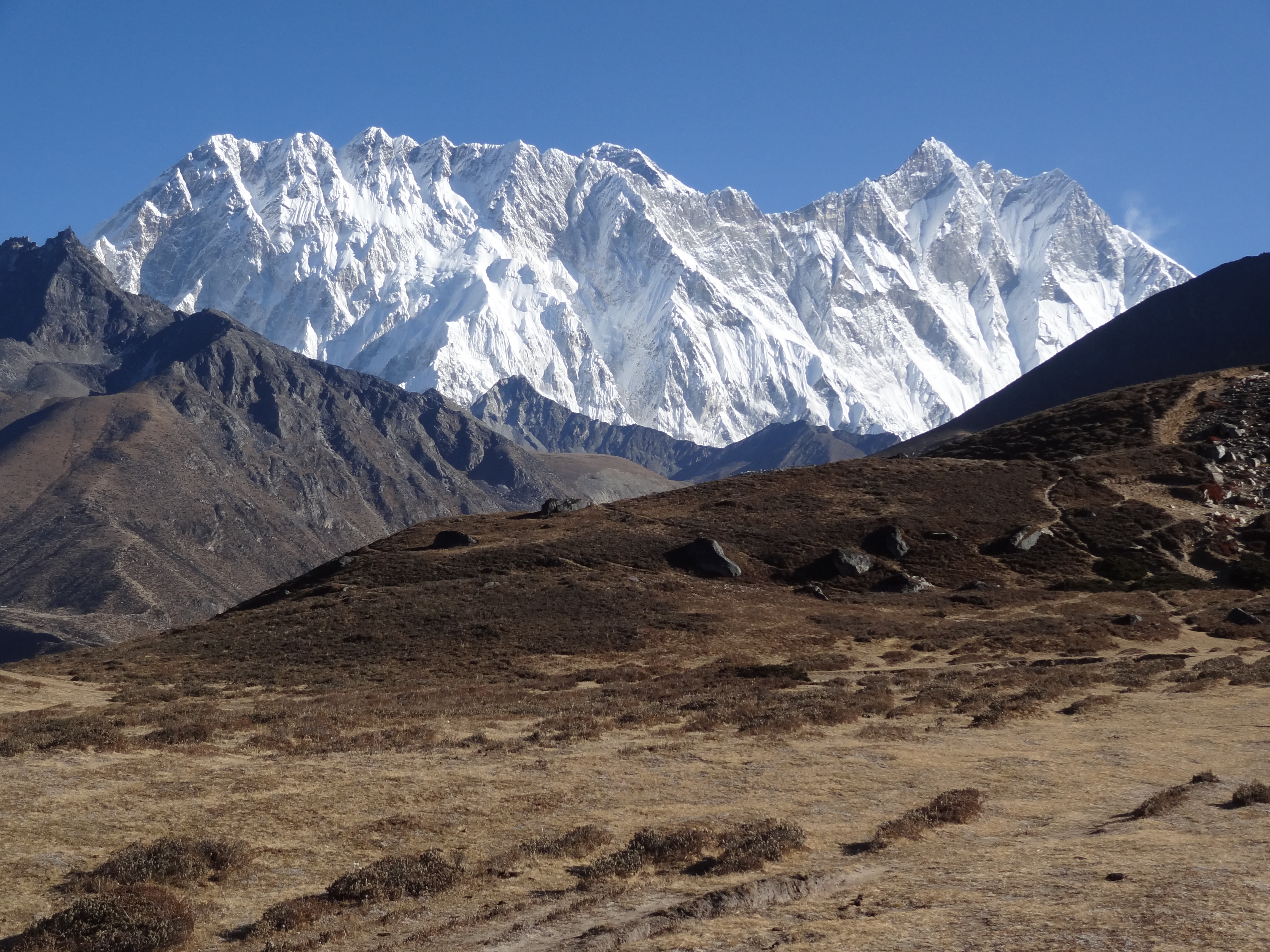 And here are some of random mountain shots: 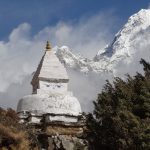 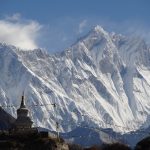 These birds are Danphes – Nepal’s national bird – to see one was lucky, but to see three at the same time was extraordinary. 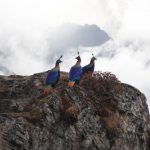 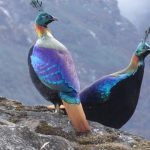 This goat appeared when I wasn’t looking – I only saw him when I saw the photograph.

Here’s the view from a rope (okay, they’re steel cables, not ropes) bridges. Not for those with no head for heights: 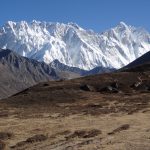 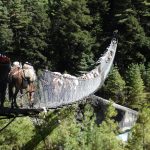 The photo in the bottom right shows a mule train crossing the bridge, and this brings me to the down-side. 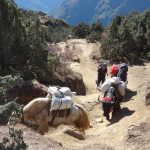 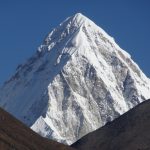 All of us middle-class folks from the wealthy part of the world have a devastating impact on the local ecology. It’s not only the erosion shown in the two pictures above, and the garbage and the sewage that goes unseen (and untreated). Nearly all the stuff that we consume – and we consume heaps – has to be flown to Lukla and carried in by mule and yak trains and porters. Yes, this creates a livelihood for the local Sherpa people and, yes, this has alleviated the poverty. But the pristine air is filled with the buzzing of helicopters ferrying around supplies, not to mention those too lazy to do it the hard way.

I walked, but it was with the uncomfortable feeling that my self-indulgence came at a very high cost to others and to the environment. When I started planning this, Ama Dablan was to be the first of a series of treks to ever-higher places. These are all in poor countries – Nepal, Tanzania, Argentina – and the next step is to work out if I can visit these places without messing them up. Not an easy one.