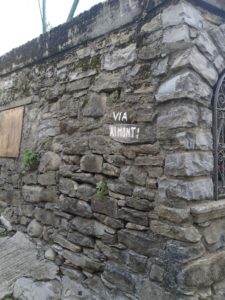 I would have liked, when I was recently living in the area surrounding Lake Como, to have hiked the entire trail of the Road of the Mountains of Como (which is roughly what the Via Dei Monti Lariani translates to). Sadly, some things are not meant to be.

My attempts began with the ascent of Mt Bisbino, a 1,400m mountain that rises above Cernobbio, the lakeside town where I was staying. After three months in the flatter parts of England, I’d become rather fat, flabby and unfit, so my wife and I took it easy on our first attempt. This took us up through alpine villages that overlooked the lake, albeit not with views that were spectacular. About an hour into it, my wife had had enough, so we found our way down and took a bus home.

Attempt #2 got me further. I found the setting off point, which was covered in leaves which were as pretty as any of the scenery:

However, I was on a short leash, with meetings and zoom calls and all the other things that modern life throws at us, so had to content myself with a hurried descent.

Attempt #3, by which time I was back to walking with my usual 7kg backpack (“the kitchen sink”) was more successful. I followed the trail up through the lower beach forests and then through pinewoods, to get to the top… 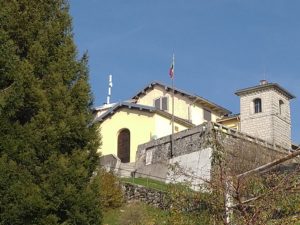 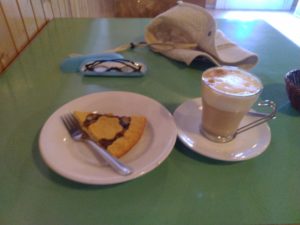 Thus fortified, I found a way down that was much more direct than the way up.

Our next adventure was with my wife and our nephew. This was a fast-forward hike: the Via has five sections and this hike started at the transition from section 2 to section 3. Unfortunately, our energetic plans were pretty much scuppered by the local buses, which put timetables on their website that bear no relationship to those on the bus stops. As a result, we turned up in Menaggio to find out that we had a two-hour wait for the bus to the start of that section, which rather reduced the available walking time. Here is a little of our walk: 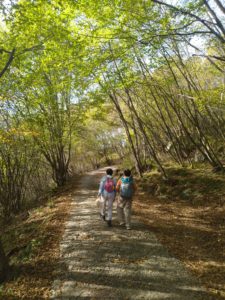 By this time, I was beginning to wonder if I would ever actually see the Via. So, for my next attempt, I started early, bought a pizza and slice of cake at the local Lebanese shop, and set off. I ascended the first 1000m of Mt Bisbino – again – but turned right and found the trail: 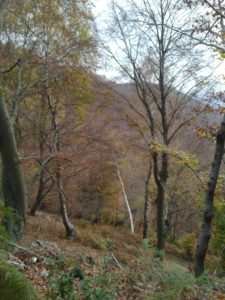 This, unfortunately, turned out to be about as much scenery as section 1 had to offer. The path followed a countour line around rather than over mountains. At one point, I spotted what seemed to be an alternative route, but which led to a closed shooting lodge. That diversion took an hour and by that time it was very clear that I had no chance of making it to the end of section 1 while it was still day. Moreover, the end of section 1 was a long way from the main road and I doubted there was a bus that would take me home. So, I took a walk directly back to Aregno, then a ferry to meet my wife and nephew. Some nice bits on the way: 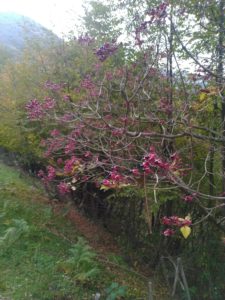 and this was the closest I came to seeing wildlife: 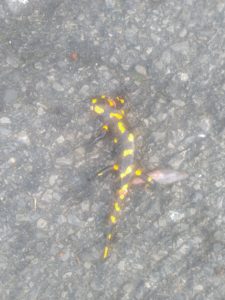 My attempt at section 2 was a little more successful. I started early, caught the bus to the village (and verified that I wouldn’t have got out of that village until the following morning had I completed section 1). The trail was a little difficult to find: in the opening parts, I followed the instructions on the website until I realised they were wrong, backtracked and stumbled across the Via. There was later a fork which sent me on an enjoyable diversion up a hill and through forested summits before joining the path.

Once I’d ascended, the walking was mostly along the flat, and through beach forests (again!). I did come across an unexpected feature, which I climbed (two tourists from New Zealand happened to be there to photograph me): 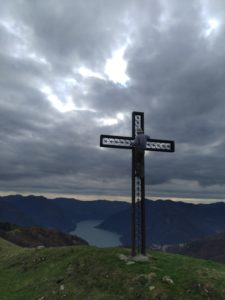 A little later a different couple stopped me and asked in their halting Italian where Lenno was. I was about to reply in my halting Italian when they had a quick conversation and I answered their native French in my fluent-but-schoolboy French.

The real problem was, though, that I wasn’t seeing very much. 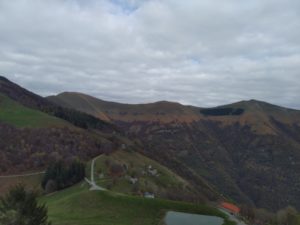 I would have liked to have hiked along the ridge line in the photo above. The trail, however, followed the contour inside the forest, and most of the views were of the next trees.

I was rewarded at the end. Once again, I had to stop a little short because I was running out of daylight, but on the way down from Ossino, the lake opened out: 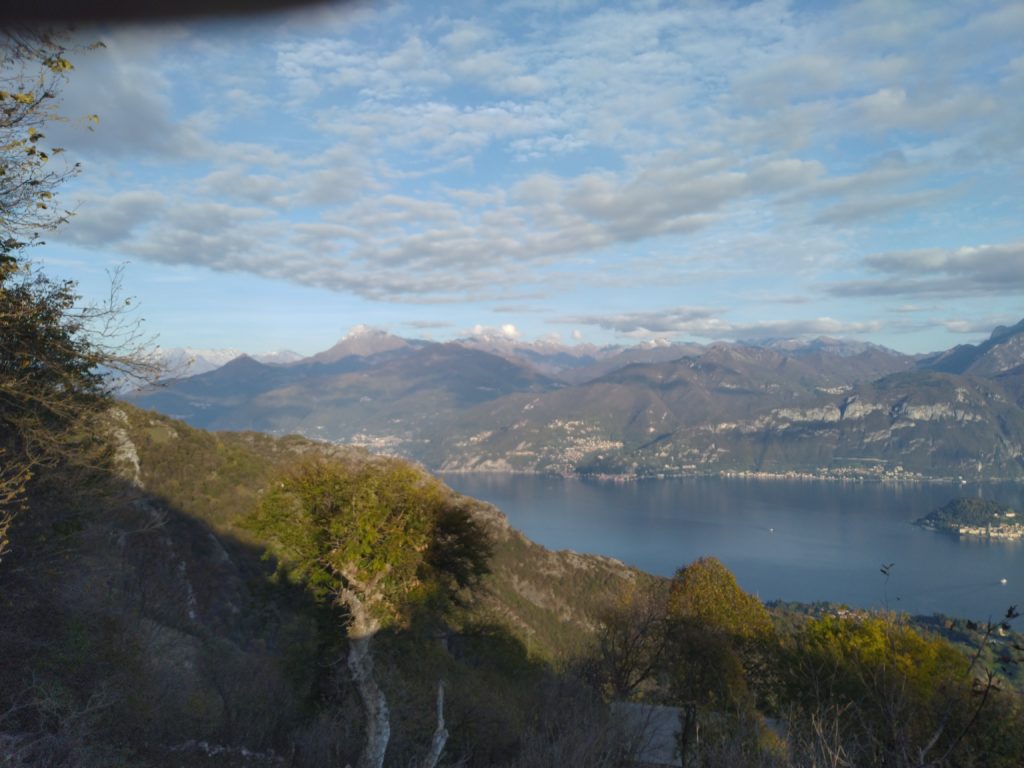 In the end, I managed about half of the total distance of the trail. The signposting was good where it needed to be, but it wasn’t always obvious. The public transport links are such that, to hike the trail properly, one needs to do it in several successive days, not one section at a time. However, there are climbers’ huts, places to camp and places to buy provisions. One of these years, now that I know what’s involved, I’ll be back. In the meantime, at least I managed to remove some of the flab and most of the unfitness.