This post was inspired by The Hype Machine by Sinan Aral, HarperCollins, 2020, which I review on Goodreads here. The subtitle to this volume is “How Social Media Disrupts Our Elections, Our Economy and Our Health – and How We Must Adapt” and I don’t think he delivers on that. Nevertheless, in many other respects, the book is a tour-de-force.

There is, however, a glaring hole in the book. In the first chapter of the book, after pointing out the fake news epidemic, Aral notes that falsehoods spread much faster than truths. This was also echoed, and also not addressed, in a very thoughtful Sydney Morning Herald essay, although that essay addressed the narrower problem of Trump’s ban from Twitter and Facebook. However, Aral never quite gets around to addressing why there has been an epidemic of falsehood.

So, why has falsehood become so popular?

The term “Fake news” was coined by Trump, who was and remains its greatest practitioner. He commands great popularity amongst those who follow him, and it would be all too easy to attribute the epidemic to him. However, I think there is more at work than that. I think that, at heart, the truth has become boring and prescriptive, while falsehood has become novel and liberating.

Second, given that there is one truth and many falsehoods, the chances of stumbling on to the truth by accident are minimal. Some falsehoods are more obvious than others – it’s fairly obvious that I am not the queen of England – but many are more difficult to discern. Falsehoods abound, truth is rare, and that means that ignorance is much more likely to stumble across falsehood than truth.

So truth is inaccessible and often hard fought for. But does that make it valuable? The conventional answer is “yes”: anything rare and hard fought for is valuable. Diamonds, loved ones and truths. But I think there’s more to it than that.

The Western unravelling of physical truth started at the time of the Renaissance, during which the truth emerged in dribs and drabs. Nearly all were controversial. The Copernican Revolution revealed that the earth revolves around the sun. Galileo and Da Vinci started to untangle gravity; Newton, the first coherent theory of physics, and so on in an exponential trajectory to the start of the twentieth century, when Einstein worked out relativity, and Bohrs, quantum theory. . 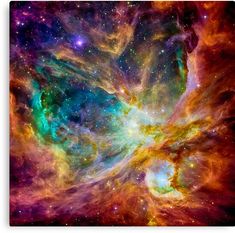 The thing about these discoveries, these truths, was that they were all new at the time. To put it another way, they possessed the quality of novelty. Imagine the wonder of seeing, for the first time, a lice under a microscope. Imagine the awe the astronomers felt when telescopes were first invented and they saw the Orion nebula (above). Imagine the astonishment of discovering the double helix of DNA, that life self-replicates from such a simple elegant, yet powerful structure..

With these discoveries, came practical benefits. It wasn’t merely the banishment of ignorance. Newtonian physics liberated sailors to set off and explore the world; the discovery of antiseptics and antibiotics liberated our species from horrid deaths by trivial wounds, the discovery of electricity led to the previously unimaginable situation whereby a series physical actions by me on a keyboard and mouse result in the dissemination of abstruse thoughts to any who want them.

(These blessings were not evenly distributed; they were conferred not so much on those people who made them – many of whom ended up in the Inquisition – but on the societies where they happened. Navigation led to plunder and rapine on the peoples “discovered,” antibiotics have resulted in a kind of patent warfare that restricts their practical use to the rich, and the web, of course, has become better at disseminating falsehoods than truth.)

Which brings me to the main question: why has the truth fallen out of vogue? The conventional account presumes that the truth is valuable because it is rare and hard-won. So are Olympic medals – but they do not affect the choice of US presidents.

I think the problem is novelty. Gone are the days of wonder and awe; truth has become quotidian. Although the body of scientific knowledge is massive, it is also incomplete: no one really understands the phenomena of, for example, human intelligence, heat or cancer. But many of these questions are at the fringes; they no longer win newspaper headlines, 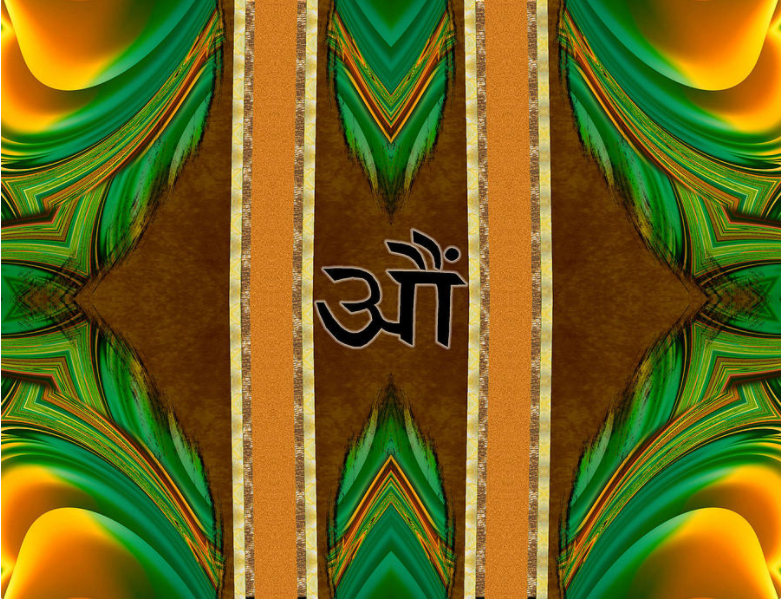 (Credit: The Aum Of Truth Digital Art by Mario Carini)

To put it another way,  if scientific achievement is fractal, scientists are no longer at the big picture, but down in details about details about details. Every day sees new truths emerge in physics, cosmology, genetics, medicine, you name it. These truths are rare and hard-won, but many of them are in areas that are obscure. A random survey of the latest Scientific American tells me (I haven’t read the article) that “Physicists Measure the Gravitational Force between the Smallest Masses Yet.”  No doubt that’s an amazing feat, but it lacks the wow factor of black holes.

Falsehoods are cheap and easy to create but they are also subversive. Just as Copernican cosmology bucked the existing religious order, which was abjectly failing to explain the truth it claimed to have exclusivity over, the falsehoods that permeate social media buck the existing political order, which is widely perceived as abjectly failing.to address the social problems it claims to have exclusivity over.

The last hundred and fifty years in the West has seen the democratic franchise widen from white men with property to anyone over the age of 18, irrespective of gender or colour. This was based on the premise that broad representation would yield the best result for all citizens. We, or our representatives, would sit down, agree on the facts, and find the most equitable (or least unfair) distribution of social goods.

Experience has shown that premise to be at best dubious, and at worst outright wrong. Politicians and the vested interests they represent choose the facts that support their position. When those facts contradict that position, politicians steam-roller those facts.

In an age where the evidence of our predominant sense is so easily faked and often to produce funny results; in an age in which truths are no longer novel – and increasingly tell us what we may not do (smoke, make fun of minorities, gather in groups of more than four), and in an age where facts have become tools rather than drivers of the political process, truth is discredited.

That to me is a sad state of affairs. If all that political discourse can offer is choices between different packs of lies, consensus is a lost cause. Truth may be unpalatable, but it can at least form a rallying point. As to social media, it may accelerate that centrifugal force away from the truth, but it is hardly its cause.

As Sinan Aral points out in The Hype Machine, a large part of the world’s population gets its news every morning on Facebook or Google. The news they are fed is curated, based on AI-algorithms that work out what kinds of stories people like based on their “likes” and the extent to which they share or forward those news articles.

The trouble with this is not the questionable provenance of much that is out there – that has always and will always be a problem – nor is it that the AI algorithms will present you with stuff you like and hide stuff you don’t – which most of us do for ourselves anyway – but that those AI algorithms have no knowledge of the actual world. They are brains in a box, driven solely by preferences, and completely disconnected from reality.

That does not mean that the news Facebook spoon feeds you is false, but it does mean that Facebook and Google’s algorithms have no way of distinguishing fact from fiction from jokes. And an uncritical acceptance of that – allowing yourself to be spoon fed – can only reduce your own ability to discriminate between fact, fiction and jokes.